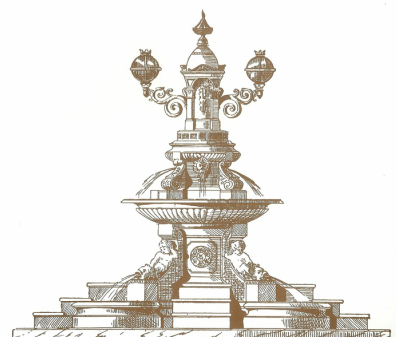 MONDAY 26th SEPTEMBER 2022. Extraordinary General Meeting.
To discuss the future of the Society. Members will receive an agenda shortly.


ASPECTS OF OSSETT’S HISTORY
This is the eighteenth in a series of short articles about the history of Ossett, written by our Secretary, David Scriven. Previous articles can be found on the "Aspects of Ossett's History" page.

​PILDACRE COLLIERY
Pildacre Colliery was worked from 1875 until 1910. Sited on Pildacre Hill, it was at the side of the Great Northern Railway’s branch line from Ossett to Batley. Its owners were a local firm, John Naylor and Company Limited, which also owned the Whinny Moor Colliery near Wakefield. The company took its name from one of its founders, John Naylor, who lived at Headlands not far from the site of the colliery. Other important shareholders in the company included Thomas Westwood, who was Naylor’s brother-in-law, and Thomas’ son, Henry. All three men were prominent Primitive Methodists. Naylor, for example, laid the foundation stone of his denomination’s chapel in Horbury.
The chief coal seams worked at Pildacre were the Joan and Flockton, which provided house coals. The Mitchell or Parson’s bed was also mined in the 1870s and cannel coal, which was used by the gas industry and was found in the Flockton seam, was exploited briefly in the 1890s. Until an American coal cutting machine driven by compressed air was installed to extract the cannel coal, coal getting at the colliery was done by hand. Coal was moved from the coal faces to the shafts by hand tramming or horse haulage until mechanical main and tail haulage was introduced, probably in the 1890s.
Ventilation at Pildacre in the mid-1880s was provided by a furnace which drew air through the workings. Safety lamps for lighting had long been available, but in the 1880s the Flockton thin seam was deemed safe enough to light with naked candles. Drainage proved to be a problem at Pildacre. Although two pumping engines were installed underground in 1884, there was serious flooding five years later in the Flockton seam after a geological fault was pierced and it was not until the following year that the water was pumped out.
Although the colliery escaped a major disaster, there were injuries and fatalities. In 1881, for example, an explosion caused by insufficient ventilation led to the death of one miner and inflicted serious injuries on another. At times, safety standards seem to have been lax: in 1885, five the colliery’s officials were prosecuted for negligence. Some accidents, however, were the result of the carelessness of the miners. One man was crushed while riding a moving corve or tub of coal, something forbidden by safety regulations.
In 1877, the colliery was linked by sidings to the Great Northern Railway’s Ossett to Batley branch. By 1893 the company owned over 50 coal wagons and was buying another 24. Figures for the colliery’s output are fragmentary. At the company’s 1892 annual general meeting, it was reported that in the previous 12 months its production had been 47,906 tons, the highest up to that time.
By 1903, 268 men were employed at Pildacre, making it Ossett’s third largest colliery after Roundwood (876 workers) and Low Laithes (641 workers). Although industrial relations appear to have been generally good, there were occasional disputes. There were strikes over pay in 1880 and 1885. During the 1893 coal dispute, the Pildacre men left work in solidarity with other Yorkshire miners although they had not been threatened with a pay reduction. Four years later there was a short-lived strike against a manager who had dismissed four men. More agreeable collective actions were the workers’ outings. In 1895, the annual trip of Pildacre and Whinny Moor collieries went to Blackpool and five years later the destination was Liverpool.
Pildacre’s life as a colliery ended in November 1910 when all of the workings were flooded, the water rushing in at a rate of at least 30,000 – 35,000 gallons an hour. Luckily, the flood happened on a Sunday when the workforce was not present, but it was soon clear there was no hope of reopening the colliery. As a result, 250 men, most of the from Soothill Lower and Upper, were put out of work and John Naylor and Company went into liquidation. It was quickly suggested that the workings could be used as a source of water for Ossett, but this did not happen until 1928 when the Pildacre waterworks were opened. These served the town until 1974.