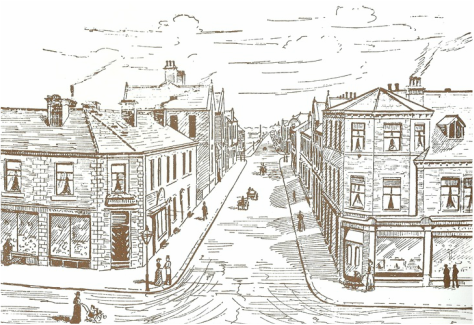 The Society’s lectures are held in The Trinity Centre, Church Street, Ossett, WF5 9DW (next to Holy Trinity Church) and start at 7.30 p.m.

We are offering a short season of talks for Spring 2022. There will be no annual subscription, but a small charge of £2.00 per person will be made at each meeting.

Monday 28 February. Ruth Nettleton:  Smallpox in Ossett
Epidemics of smallpox continued to ravage England even after the introduction of inoculation and vaccination and Ossett was one of the places which suffered outbreaks of this disease into the twentieth century.

Monday 28 March. David Scriven:  A Year in the Wakefield Manor Court, 1296-1297.
Ossett formed part of one of the largest manors in the country and the records of its court provide a vivid insight into medieval life in the West Riding.

​Monday 25 April. Annual General Meeting followed by David Scriven:  The Last Years of the Old Poor Law in Ossett, 1800-1837.
In 1837, some of Ossett’s residents petitioned parliament in an attempt to stop the introduction of the New Poor Law into the district. What was the system they were trying to defend and what was wrong with its replacement?